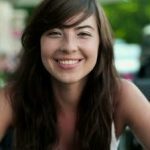 What does it take for a digital ad campaign to be effective?

Most agencies invest a large sum in digital ad campaigns. However, some end products do not live up to expectations. We don’t want another ad campaign horror like what happened in 2017. Let’s learn from the most effective campaigns agencies have produced.

Digital ad campaigns are one of the most critical marketing strategies for businesses because it increases brand awareness as well as profits. It’s merely a set of digital advertisements that aims to deliver a single message and achieve a specific goal. It also generates leads by asking people to sign up or another offer that triggers a user.

Slack’s ad campaign last 2014 is a fun example of an effective campaign. It’s a video collaboration with Sandwich, a commercial company, which shows their team’s initial reaction to using the application. It consists of employees, who at first, were reluctant to use Slack.

However, Slack’s caption for the video was also a witty addition. It conveys to the user that at first, the Sandwich team doesn’t want to because “products like that never work.” After that sentence, Slack revealed that six months later, they were using it. Then, after seven months, they are in love.

Due to this collaboration, some articles popped out that Sandwich was one reason for Slack’s success. If you also watch the video, you’ll see why.

Why this is effective:

Ah yes, if we mention an “effective” ad campaign, how could we miss Wix’s Melt the Ice? In 2017, the web-building platform launched an interactive campaign where they broadcasted in a Facebook live stream. It’s a fun marketing idea where a football helmet is inside a giant ice block. The viewers will then be encouraged by the team to comment ‘fire,’ ‘hammer,’ etc. It’s a game where the audience could win up to $10 000 every day until the Super Bowl. Fun right? Yeah, especially that money part.

However, that’s only a teaser as the final prize is a whopping $50,000 on game day. The only rule was that the participants needed to change their profile picture to a specific image. By the end of this campaign, the stream garnered over 232 million live views!

This is also back in 2017, Heineken went for the emotional approach. It’s a documented social experiment that requires strangers with opposing beliefs. In the end, the brand reveals its opposing opinions. They also allowed them to either stay to discuss their difference over a beer or walk away. It’s a beer ad. However, it tackles a person’s openness. Yep, that sure is a useful idea.

In last year’s black sale, Patagonia partnered with One Percent of the Planet for the Black Friday sale. It starts with a tweet that claims that 100% of sales go to charity. In the end, it exceeded expectations as the campaign gathered $10 million in sales! Patagonia topped the record by contributing ALL their black Friday retail as promised.

Another effective digital ad campaign also happened on last year’s Black Friday. The campaign features a minimalist 6-second ad that has a black and yellow color scheme. Furthermore, it’s an ad that encourages engagement with target customers. The ad consists of a discount announcement and offers a gift card in exchange for a retweet with a hashtag of the brand name. By the end of the campaign, it generated 2 400 retweets and 41 500 thousand views.

This Coca Cola ad to announce “back to normal” from lockdown gives off another perspective compared to other ads. This ad discusses the change the pandemic has brought us and how we transformed for the better. It also shows simple moments that we took for granted.

In the end, it’s best to conduct a content strategy before you head straight for the final product. When it comes to an effective ad campaign, it’s essential not to sacrifice quality. It’s best to hire copywriters and graphic designers to do the job of creating a great digital ad campaign.

If you don’t want to hire a freelancer, then the next best option is subscribing to an on-demand online service. There’s a lot of on-demand graphic design services or content writing services. Don’t hesitate and invest in your digital ad campaign.

For all your digital advertising needs, contact the experts at Spiralytics today! 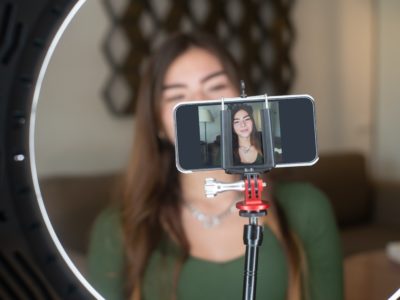