How to Write Your First Blog Post? Let’s Take it from Seth Godin, Rand Fishkin, and Dharmesh Shah

So you finally launched a company blog, and you come face to face with your first blogging predicament: What should you write on your first post?

The thing is, we all want to celebrate and sensationalize the first of everything. Your first job, the first day of the year, your first wedding anniversary, your baby’s first words, being the first one to check-in a place at Foursquare,

We feel that the first post is an early indicator of whether the blog is going to succeed or not. We want to make sure we get it right the first time.

What a relief to know that some of the best blogs we follow right now have their own humble beginnings too.

I picked 3 of my favorite online marketing blogs and went over their archives, suddenly feeling good about how normal these people used to be before they became blogging rockstars and online marketing gurus.

This is how we know that the first blog post does not set the course for a blog’s success (or failure). Because now, over a decade after Seth Godin published his very first blog post, everyone will agree that his blog turned out to be everything but boring. Published on January 15, 2002, young Seth ranted about how boring his day was, as if he was writing it on his diary.

I was stranded today. I had to spend hours in Nyack, just over the border from New Jersey, so I shopped. Actually, I TRIED to shop, but I failed. I spent two hours at the mall, and it was boring.

Having done most of my shopping online lately, I’d nearly forgotten how boring it is. Every merchant alive needs to read Paco Underhill’s book, Why We Buy.

The only store I saw that didn’t bore me was the new Apple store. If you haven’t been, it’s worth a visit. Sure, it will be boring soon too. That’s because our tastes evolve faster than retailers allow their stores to.

I suddenly miss those LiveJournal entries I wrote when I was in high school, which I shamefully deleted off the face of the web. Seth’s first blog post sounded like something I could have written myself. On a bad day.

Once upon a time, Moz was just Rand Fishkin’s online scratch pad

Before Moz (former SEOmoz) started publishing some of the greatest SEO resources around, Rand Fishkin seemed like he just wanted to take down notes. Posted on October 14, 2004, Rand blogged about a Link Popularity Tool, probably not knowing that he would soon spearhead a company that would develop some of the best SEO tools of their kind.

The post didn’t get any comments until 3 years later, when SEOmoz’ popularity started picking up.

In fairness to Dharmesh Shah, he seemed to know what he was doing

Hubspot’s CEO Dharmesh Shah came prepared. On his first blog post published August 23, 2006, he welcomed everyone to the Hubspot blog. He stated that the blog is aimed at providing tools and resources for small businesses. He clearly defined why they’re starting a blog, what motivated them to do so, and what their readers can expect from them moving forward. He ended the post with a quick invitation for readers to leave feedback, and take the opportunity to leave their email address right there.

But a lot has changed since that first post, and now Hubspot is the pioneer and the leading advocate of Inbound Marketing. And I’m willing to bet that they have little idea, if not none at all, where they were heading when they published that first post—that years later they wouldn’t just provide services to small businesses but to global enterprises as well.

If you’ve been staring at the proverbial “Hello, World!” post for hours and thinking about what to put on your first blog post, let me just say.. I understand that it’s a challenge. But the first blogging tip we can give you is to just do it. Don’t overthink your topic, and don’t feel too pressured to be awesome right off the bat.

Just.. publish the first post and don’t wait the next day. 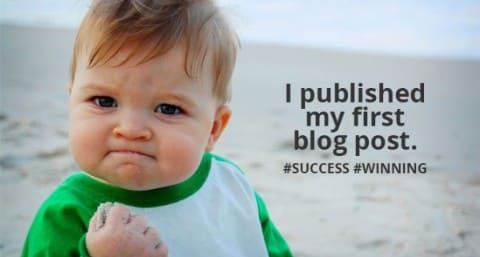 Blogging is a long-term process, audience is built over time, and every success begins with the first step. Just like the gurus I mentioned above.

In the next posts we’ll provide tips on Professional Blogging, Content Marketing, and everything you need to know to make the most out of your personal and corporate blogs. The geeks I work with will also jump in with tips and resources about Spiralytics’ main offerings, such as PPC, SEO, Lead Generation and Web Analytics.

I hope you’re as excited as we are. Feel free to leave a comment, email us, or subscribe to our RSS feed to catch our next updates.

Welcome to the Spiralytics blog!

Roadblocks Every Marketer Should Expect And How To Avoid Them
Even the best marketing leaders struggled their way to adapt to the ever-dynamic improvements of digital marketing. If you're in this predicament, check out these common marketing roadblocks and actionable tips. 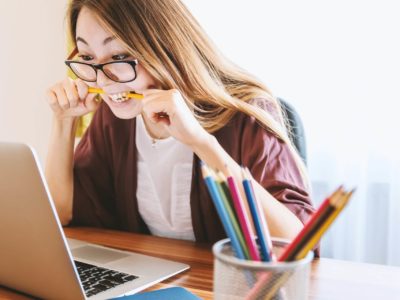 7 Challenges Around Data and Analytics That Prevent Business Growth
This article will look at the seven most common challenges businesses face when managing data and analytics and what can be done to accelerate business growth. 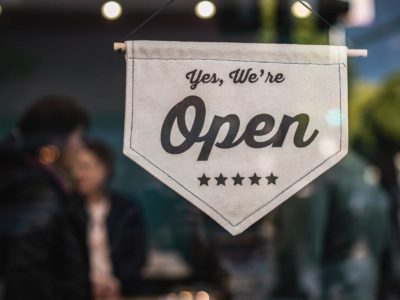 7 Local SEO Tips To Scale Your Small Business
Here are our top tips for using SEO to make your business more relevant to local searches and gain more customers in your local area.